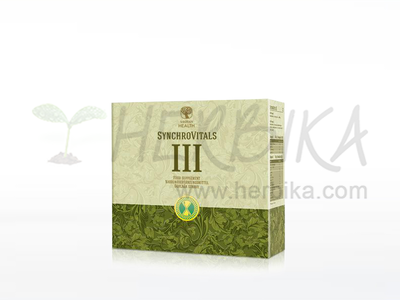 The preparation SynchroVitals III is made by merging several biologically active substances: