Valentin Dikulja – The Story of an Incredible Man

The name Valentin Dikulja (Valentin Dikul) is known for his unusual story all over the world. At the age of 14, he suffered a heavy accident – he fell from a height of 15 meters and broke his spine. He survived, but the doctors told him he would never be able to use his legs anymore. Nine months later, he left the hospital on the wheelchair. Thanks to his strong will and effort, he started walking again and returned to his audience and became the holder of 5 Guinness Records in power disciplines. 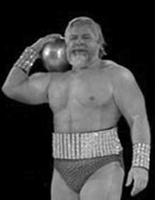 Valentin has been studying medicinal plants for 20 years. He spent several years in Tibet, where he gained a great deal of knowledge and experience, studied and began to produce ointments, extracts, he made experiments, was looking for...

As a result of his efforts, he made the first of the series of balsams “Valentin Dikulja’s Balm”. In its composition, he combined the best nature can offer to people: bee venom, badger fat, bear bile, chaga, propolis, buckthorn oil, healing herbs, and mumio.
Valentin Dikulja – an outstanding physician, academician, professor, doctor of medicine, a sport master, created a unique method of restoring movement functions after brain and spinal injuries and severe joint diseases. Today, under his leadership, experts work and help people in his hundreds of rehabilitation centers around the world.

Valentin Dikulja – a man who has won over his fate, has created a unique method of restoring the spinal and joint functions of the body.

Today, the majority of people over 40 years suffer from joint disease. As a rule, large knuckles – knee, shoulder, hip and elbow – are attacked first. Overgrowth of destruction processes leads to the thinning of the articular cartilage, reduction of synovia formation, and many cracks on the joints. Such changes that occur in one or two large joints are further expanded. Degenerative processes are a trigger mechanism for the development of inflammation. There are over 100 types of joint diseases, but the most common are: osteoporosis and osteoarthritis.

Symptoms include pain in one or several joints, poor mobility in the morning or after rest, pain in the night or after worsening the weather, occasional blockage of the joints – sudden sharp pain in the joint even with small movement, decreased movement in the joints, crunching in movement, swelling.

What to do? It is important to slow down destructive processes and accelerate the regeneration of intra-articular cartilage and tissues around the joint. Moreover, it is necessary to improve local blood circulation and metabolism, increase local immunity, activate the antioxidant protection system. This leads to the alleviation of pain and muscle contractions, removal of swelling and increased elasticity of the ligaments.

Valentin Dikulja's balms are highly effective, well-proven tools for local use in joint disorder. The action of the natural ingredients of balsams is aimed at relieving pain, removing inflammation and swelling, activating the blood circulation and metabolism in the tissues around the joint, improving the structure and strength of the ligament, tendons and joint capsules, increasing the antioxidant and immune protection in the area of balm application. Regular use of the balm leads to a marked improvement in the functional condition of the joints, inhibits the development of destructive and inflammatory processes and allows for greater mobility.
The balms have a patented system of long-acting active microcapsules that serve as a protective wrapper and a means of transport for the therapeutic ingredients, allowing them to pass through the body quickly and without loss, and keep themselves in the focus of inflammation longer than other ointments and creams. This enables you to achieve the required concentration of active substances in the affected area and maximize the effects.

The most widespread and widely promoted agents for the treatment of joint diseases are still non-steroidal anti-inflammatory preparations, which have many side effects described in the package leaflet in small print. They cause stomach ulcers, increase pressure, aggravate blood quality and disrupt the ligament. Valentin Dikulja's balms contain only natural ingredients that have a pronounced anti-inflammatory effect, are well tolerated and do not have any negative effects during the long-term use. The efficacy of the balsams is confirmed by many years of clinical practice.

Diseases of the joints are recurrent, the worse period alternates better one. Worsening usually occurs in colds, algidity, infections and also in spring and winter. Extending the remission period and preventing aggravation is possible by early prevention, thus increasing the previously impossible joint load in the complex therapy of arthritis and osteoarthritis, eliminating seasonal acute conditions and the consequences of algidity, removing crunching in the joints while changing atmospheric pressure in worsened weather conditions. The balms also act against degeneration of articular cartilage due to age. 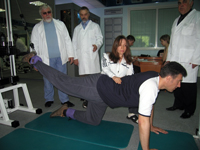 Valentin Dikulja began to work on his cure (broken backbone) as a totally immobile man. All forces and new knowledge he focused in one direction – stand on the feet. Day after day he experimented on himself. And day after day, the unique system had occurred which Valentin later used in his work. When Valentin returned to his audience, other similarly affected people learned about that and came to him for advice. At that time, Valentin worked with his “patients” for three or four hours every day in the hotels during a tour all over Russia for months, with people who believed in his abilities, procedures and balsams he had developed and practiced on himself.

Valentin Dikulja teaches his own system for 40 years. Its high efficacy was confirmed during clinical trials at the Dikuljia Medical Centers on patients after severe injuries and diseases of the organs of motion. 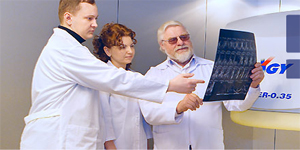